Home » Follen Blog » Susanne’s Blog: A Fire in My Bones

Tomorrow’s the last day of September and our theme of “Calling.”

In her Ingathering sermon, Claire told the story of Jeremiah and the calling that was like “a fire in his bones.”

That metaphor bowled me over.

I know what that’s like, Jeremiah. I really do. I’m not saying I’m a prophet. Dear God, no! But I know about having a fire in your bones. 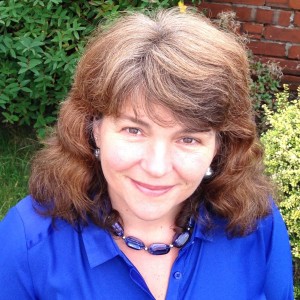 Twenty-five years ago, I was doing really well. In fact, my dreams had come true. I had moved to New York City and landed the perfect job for me – on the small (but cohesive and spirited) editorial team of Ms. Magazine. I had even found a tiny apartment I could almost afford, on 23rd Street in Chelsea. I was living the life!

But something was missing. Day in, day out: economic injustice, systemic racism, rape as a weapon of war. It was wearing me down. I knew I needed more. I needed to be with people who imagined a post-feminist, post-racist future. People who worked toward a vision of human wholeness. People of hope.

I found them at All Souls Unitarian Church on Manhattan’s Upper East Side. (I’d been raised Catholic and I’d fought my way free in my teens; then I had a college roommate in Ann Arbor who’d been raised UU. Our long talks about her activist parents and nurturing youth group experience stayed with me, so I sought out UU churches as a young adult.)

At All Souls (as at Follen), brilliant preaching, social justice bridge-building, and soul-nourishing music were the order of the day. I felt at home, for the first time.

One day in worship a couple years later, I looked at the minister and the thought hit me, “I could do that.” I could preach and write and counsel and officiate weddings. Ministry matched my skill set, I realized.

So I asked God.

I sat quietly in that peaceful white sanctuary (not unlike Follen’s), and I waited. And there was a shaft of light — really, there was. I swear. And I felt suddenly full of a message: “Yes, yes. You can,” and then, “Yes, yes. You will.”

So then I asked everyone else. Rev. Forrest Church and other All Souls folks, my parents, my coworkers, my friends. I pondered, and I filled in lots of applications.

It was hard to think of leaving my dream job and my cute apartment. But when Harvard Divinity School offered a tuition scholarship, that sealed the deal. Decision made. I was off. In August 1995, I moved to Cambridge, where a month later I met James Intriligator, some guy who was finishing his PhD in neuroscience.

Four years later, I’d finished the MDiv and the internships, interviews, and applications related to ordination. I graduated, got married, and got ordained – all in 1999. Our first son, Eli, was born in 2000, and then I took up part-time work as a Director of Religious Education.

James left academia for a brief time, working in consulting for internet startups. When the “bubble burst” in 2001, he decided to climb back into the ivory tower. In 2002, after Lily was born, he heard of a job in the world-class psychology department at the University of Wales.

“You mean Australia?” I asked, when he first mentioned it.

No. We moved to Wales – rural, provincial North Wales in the UK – in 2003, intending to stay just 3-5 years, while the kids were little. We didn’t anticipate that science funding (and related jobs) would dry up under the Bush administration. We didn’t anticipate that I wouldn’t be able to find meaningful work. (There is almost no private sector in North Wales; all public sector jobs demand fluency in Welsh. I took the intro course twice.)

Meanwhile, a fire burned in my bones. The call kept calling me. So, with small children at home and living in a foreign country, I searched for ways to express it.

Along with a retired British minister and two folks from London, I helped to start a tiny Unitarian fellowship in Bangor (population 10,000). We met monthly, in a local community center, for worship, and monthly again, to try administrate the thing, to try to agree on our mission and constitution. Getting us a bank account took an entire year.

Cultures clashed continually. British Unitarians prefer hymns and worship/preaching styles quite different from US UUs. Worship services that I led fell flat — you could almost hear the crickets, except that there aren’t any in Britain. Group members disapproved strongly of the newsletter I wrote and of the website I created; they found the warm tone grating and the outreach “proselytizing.” So I stopped leading worship and I stopped doing communications. Now, almost 8 years later, the group continues to meet monthly; it has 11 members.

Still a fire burned in my bones.

I joined forces with a American UU leading a church in London, Rev. Andy Pakula (coincidentally a member at First Parish, Lexington). I volunteered my communications skills on Andy’s 2020: Growing Unitarianism in Britain, a national group struggling to infuse new life into an aging, dwindling religious community. Many Unitarian churches have four or five members in attendance on Sunday — and that’s in the cities!

At the same time, in order to make a small amount of money for our growing family (Theo was born in Wales in 2005) I earned a scholarship (with a stipend) toward a PhD. I was funded to create a public-private partnership project that aimed to build local heritage tourism via innovative, online community-building. Again, cultures clashed. While I completed the project and the academic requirements, the local government quashed the innovations and killed the project. It was painful.

Still the fire burned. But I had no way to express it, no avenue to release it. I knew I was meant for something. I knew my talents had a purpose and my life had a meaning. But no matter how I tried, I failed.

I prayed for an answer. For 13 years.

Last December, it came. In the form of a job description posted on a UUA website. Something in the way it was worded pulled me in. I knew it was right. I knew my time had finally come.

And it has. Every day of my 9 months as Director of Community Engagement at Follen has been lively and challenging. I know that my talents and training fit here, they have use and purpose here. Together we are building something amazing.

As always the fire of my calling is alive in me, but today it can flow out – out of my bones and arms and fingers, out via my keyboard, out via my hugs, out via my smile. My fire now brings light to sermons and prayers, newsletter items and web pages, committee meetings and phone calls.

My calling connects at Follen, and that brings me joy every day.

Thank you for setting me free.