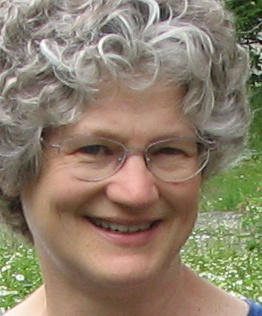 I sit here, just after the election, struggling to write something related to this month’s worship theme, but I feel blocked, my words shocked out of me.

These lines from the Act I finale of “The Pirates of Penzance” keep running through my head:

“I’m telling a terrible story, but it doesn’t diminish my glory,” sings the Major-General.

“He’s telling a terrible story, which will tend to diminish his glory,” sing his daughters at the same time.

“If he’s telling a terrible story, he shall die by a death that is gory,” sing the pirates.

Three different takes on the same “story” – which is, in fact, a lie.

Everyone has their own story – or narrative, as my sister calls it – and it’s more obvious now than ever how diverse those narratives are in this country of ours.

I’m well aware that I have been living in a bubble, having grown up in a tiny liberal oasis in Ohio and now living my adult life in Massachusetts. I acknowledge that I have not paid a lot of attention to the narratives of people who disagree with me politically.

I was in New Hampshire on election day, as the sun dropped low in the sky, on a dreary dirt road in the middle of nowhere, with pickup trucks in the driveways and Trump signs in the yards (so unlike my home neighborhood), and I realized I knew next to nothing about these people or their stories. Now that the election is over and I find myself reeling between grief and rage, I find myself asking, “Had they been feeling as terrible as I do now? And if so, why??!”

I was talking today with a friend who lives in rural western North Carolina – “Trumpland,” as she put it. She commented that perhaps all this was a little less shocking to her because, unlike me, these people are her neighbors. She has at least some grasp of their stories, their feeling of having been overlooked and left behind as the world moved on. I can see that perhaps it would be a worthy goal to try to understand their narratives, for the sake of trying to heal the painful division in this land.

At the same time, a part of me is angry – I don’t want to hear what they have to say, because in too many cases it’s so full of hatred and nastiness. I just can’t bear what’s going on now, so many attacks on the vulnerable, and I really don’t care about the back-stories of the people who would do such awful things. They just need to STOP!

The Major-General’s terrible story does indeed diminish his glory and nearly leads to his gory demise. Because the story of Pirates is by W.S. Gilbert, of course everything turns out all right.

But in real life, we don’t know how it’s going to turn out. I’m trying to figure out how to be open to other people’s stories, but I also need to keep telling the story I believe in, a story in which everyone deserves dignity and respect.