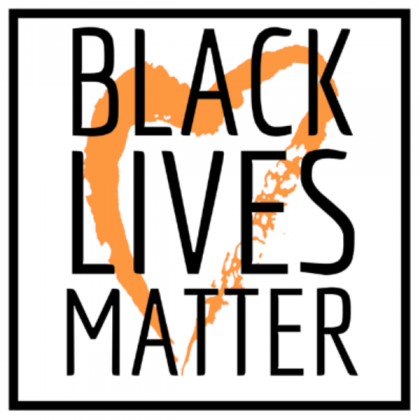 At Follen’s Annual Meeting on May 24, the group Follen Responds to Racism will offer a resolution, “Advancing Follen Church as an Antiracist Congregation.” The resolution affirms that Follen will commit to work proactively, internally and in the wider world, to support racial justice and the goals of the Black Lives Matter movement, to include hanging a banner.

FRR held two congregational meetings in May to give Follenites opportunities to explore and discuss the resolution.

Below we offer some basics about the resolution and what it does, and does not, mean and, after that, links to further relevant information.

FAQs about the Resolution

The following FAQs and collection of sources at the end of this piece are designed to help people better understand what’s behind the resolution “Advancing Follen Church as an Antiracist Congregation.” and its implications.

If your question is not answered, please email frr@follen.org and someone from Follen Responds to Racism will get back to you.

The resolution calls for supporting the Black Lives Matter movement. What does that mean?

Over time, “Black Lives Matter” has evolved to have three meanings. It is a widely used slogan. There’s also the highly decentralized Black Lives Matter Network of about 30 chapters nationwide that was founded by activists Alicia Garza, Patrisse Cullors, and Opal Tometi. And then there is the broad social movement that has spread in recent years and is focused on many aspects of undoing racial inequality. The last of these—the Black Lives Matter movement—is what the resolution refers to.

What was the process for drafting the resolution?
There were two models on which Follen’s resolution was based, the 2015 General Assembly Action of Immediate Witness and a resolution from a church in New Haven, Conn. The original draft was written to reflect what was already known about Follen’s priorities, as expressed in congregational meetings. FRR also met with most action teams and used feedback gathered then, as well as from individuals, to revise the resolution to reflect thoughtful feedback.

Does the Black Lives Matter movement advocate violence against police officers or others?

No. Statements to that effect have come from conservative sources, such as Fox News, and may be intended to create a false dichotomy between supporting the movement and supporting the police. Black Lives Matter (the organization) and others have denounced those who say it supports violent action, and also denounced the killings of police officers.

How might the Lexington Police react to a Black Lives Matter banner?

Rev. Claire contacted Chief Corr and requested a meeting to inform LPD of the possibility of a banner and to ensure they understood what it would mean to us. He delegated two officers, who met with Rev. Claire and five members of the Follen Responds to Racism team in April. One officer noted that his initial overall reaction to Black Lives Matter was negative, but over the years has changed; he does not view it as anti-police. The other officer was against Black Lives Matter as an effective path to achieving racial justice. He thought other measures, such as ensuring children are raised with antiracist attitudes, were more effective. Both officers said that they applaud Follen’s efforts, would not view a banner as a negative statement about the LPD, and that they will support Follen in any way necessary, for example if the banner were vandalized.

What about other groups suffering from injustice?

The resolution does not mean to imply that other marginalized and oppressed groups don’t matter, or that Follen is a single-issue congregation. It’s assumed that other strands of social justice work will continue as before. It does mean that Follen will make intentional, proactive efforts in a way that it has not done previously to address the systemic devaluing of Black lives and the far-reaching legacy of slavery, a poison in our beloved country that harms all of us, white and black alike. And because race, class, gender, sexuality, economic status, and other factors are deeply intertwined, reforming the systems that uphold racism benefits all marginalized groups. It has come up often in discussions that after starting with a BLM banner there could be rotating messages about other issues that our faith calls us to address. This is not an either/or proposition.

What about the call for the end of US aid to Israel?

The resolution intentionally does not call for support of the “Vision for Black Lives: Policy Demands for Black Power, Freedom & Justice,” a sweeping platform developed by a collective of more than 50 organizations (mostly black -led) that calls itself the Movement for Black Lives. Even though the platform offers a powerful agenda for positive change, at least one section is highly controversial. It calls for a cut in, and domestic reallocation of, US foreign military expenditures, including an end to US aid to Israel, which it says makes the US complicit in supporting an “apartheid state” and the “genocide” of Palestinian people. That position is not pertinent to the resolution; we are not asking people to either endorse or refute it.

Some people have expressed reservations about putting up a banner, which will include the words “Black Lives Matter.” The Rev. Louise Green speaks to that:

To display the sign, Black Lives Matter, is an act of cultural resistance, of public witness. This action is a symbol of something larger, and a spiritual practice as well—focus, attention, and steadiness. The aim and desire is to keep the spotlight on the complex set of issues affecting Black people in this country, dating from slavery through to [the present]. Not since the Civil Rights Era has there been such a sustained commitment to make broad change. Black Lives Matter is a statement about that renewed commitment, a vow to keep looking, watching, and struggling.

This is just the tip of the iceberg of the excellent articles, videos, and books available that are relevant to the resolution.

What is the Black Lives Matter movement?

Bernard, Jephie. “Black Lives Matter: the movement, the organization, and how journalists get it wrong.” Columbia Journalism Review. April 1, 2016.

Who We Are, a webpage on the national Black Lives Matter organization’s site, with links to three sections: About Us, Herstory, Principles.

What does the UUA say about banners?

The Unitarian Universalist Association has several pages on its website devoted to support for racial justice, including hanging a BLM banner. Each of the following pages has multiple links to sources of further information and reflection.

The Power of the Black Lives Matter Banner

Crass, Chris. We Must Weather the Storm to See the Rainbow: An Open Love Letter to White Unitarian Universalists Struggling With Their Commitment to Black Lives Matter. September 14, 2015.