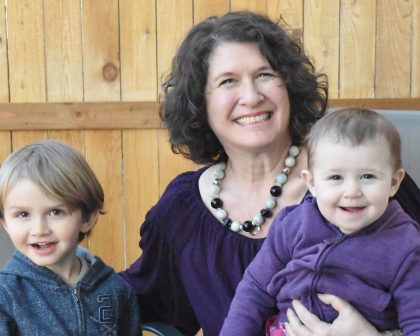 TIPS FOR TALKING TO CHILDREN ABOUT RACE AND RACISM

One of the things that attracted me to Follen Church was the commitment to become an “intentionally and proactively antiracist congregation.” Years of living in Milwaukee, WI- named the most segregated city in the United States- has convinced me that if we want to raise our children to be compassionate people who participate as responsible citizens in a democracy, we need to find ways to talk with them about the thorny issues that we struggle with personally, within our communities, and as a nation. While conversations about race and racism need to happen within the context of our faith community, children also need to know that their parents and families are grappling with understanding and responding to the systems that have created disparity and oppression in the United States.

White families often ignore the issue of racism because it makes us uncomfortable, and/or because we assume that it doesn’t affect our children. But racism dehumanizes all of us. We can only end racism by talking with all of our children about how it unfair it is, by admitting that all of us have a tendency to judge people based on appearance, by pointing out the terrible cost to people of color but also to our entire society, and by teaching our children that treating all people fairly matters. 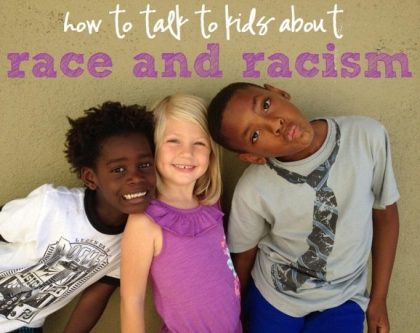 You may wish to consider these suggestions for talking about race and racism with young people of various ages: