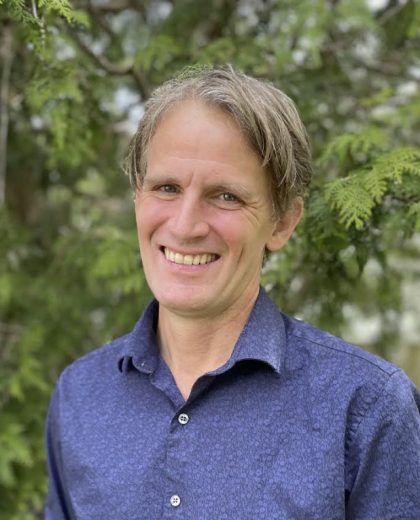 Your Music Director Hiring Team is thrilled to announce our choice for Follen’s new Music Director: Chris Eastburn! Thanks to the hard work of the Music Steering Committee this fall and winter, the hiring team had clear guidance for our music program’s vision, mission, and values. We could compare every candidate to these guidelines as we searched for the right match. And we found him–right down the road in Arlington! Chris will start work in August and is eager to learn more about our community. Please welcome him warmly!  And to learn more about him, read on!

Chris Eastburn is a classically trained composer, choral director, and intergenerational music inspirer. He has been commissioned to write original works for ballet companies, theatre companies, choruses, orchestras, universities and more. Inspired by the intersection of folk, contemporary, classical, and popular idioms, his music has won an international composers’ competition and been performed to acclaim from New York’s Carnegie Hall to the Getty Center in Los Angeles.

Chris wrote the orchestrations for the evening length, touring show Piano Men–The Music of Billy Joel and Elton John which became the highest selling Pops show in Portland Symphony history and has played to sold out audiences with professional orchestras around the country since 2011. Conductor Robert Moody described Chris’s orchestrations for the follow up show Classic Rock as, “About the finest I have ever seen.”  Chris has arrangements published by Hal Leonard and Galaxy (a division of E.C. Schirmer).

As a choral director and educator he enjoys working with people of all ages. He is also the artistic director of the Family Folk Chorale for the past 23 years, has written over 600 choral arrangements, and collaborated on performances with Grammy award winner John Carter Cash, saxophonist Glenn DaCosta (of Bob Marley and the Wailers), Martin Sexton, Rani Arbo and many other recording artists. Chris considers himself a musical omnivore and loves conducting music ranging from Palestrina to the present.