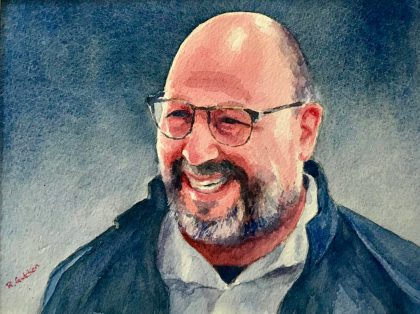 While I am your sabbatical minister I plan to preach a series of five sermons about the history of liberal religion in the USA since the end of World War 2. While many Unitarian Universalists have explored the riches of Unitarian history in the 19th Century, we have not talked about our more recent history nearly as much. And often, our UU history lessons have told the story of how UU’s made history, they miss how history has made us.

On September 15th, we will talk about Unitarianism after World War 2: a respectable church in a church going era. How were we changed by the Cold War, by suburbanization, and by the emergence of the Civil Rights Movement? We began to” march to the beat of a different drum” to use a phrase coined by Thoreau that was popular then.

On October 6th, I’ll preach about the Merger and the 1960’s, a time when we seemed to be in rhythm with the times. And then the music changed….

October 20th, we will talk about the Great Women’s Reformation of Unitarian Universalism, the greatest transformation of liberal religion to date.

On November 17th, we will talk about the lessons of the Welcoming Congregation, the process by which we acknowledged and celebrated LGBTQIA UU’s. It’s effect reached further than we have thought.

And finally, on December 1, we will talk about this present moment, a time filled with more hope and possibility than we know: a sermon appropriate for Advent.

Along the way, we will sing hymns popular in each era. We will tell the jokes that we told about ourselves. These are the family stories of our common faith, and if this has not been your faith for all this time, it will be listening to the family stories of your in-laws; they are useful to know.

History is stories: some are sad, and others tragic, and others fill us with pride. Some are just funny and weird. But it is these stories that tell us who we are, and hint at where we are going.