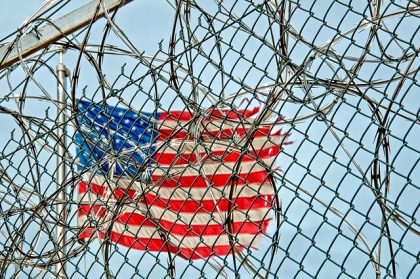 Some degree of comprehensive criminal justice reform is very likely in the next few months.  The question is how much.

The State Senate is expected to vote on its omnibus bill, S.2170, sometime in the next two weeks, perhaps on October 19th.  The House omnibus bill will probably be reported out shortly after that, and Speaker DeLeo has said he hopes it will be voted on and the two bills sent to a conference committee before Thanksgiving.  Depending on how arduous that process is, we might have comprehensive criminal justice reform in Massachusetts by the end of December.  Exciting times indeed!
The biggest dangers here are that the Senate bill may be weakened by amendments, the House bill might be a lot weaker than the Senate bill, and the resulting law might not have much impact.
There may also be an opportunity to strengthen the Senate bill, especially its provisions regarding the conditions of solitary confinement.
If the current Senate billl became law, it would improve thousands of people’s lives.  Among other things, it would:

+  Reduce fees, fines, and other collateral consequences that trap people in a cycle of poverty and recidivism
+  Raise the age for being tried as an adult to 19, with a mechanism to consider raising it to 20 or 21 in the future
+  Promote the use of restorative justice
+  Repeal mandatory minimums for lower-level drug offenses
+  Expand eligibility for diversion to drug treatment
+  Implement the SJC ruling that bail must be affordable
+  Raise the felony larceny threshold from $250 to $1,500, in keeping with other states
+  Allow records to be sealed after 3 years for misdemeanors and 7 years for felonies
+  Restrict the use of solitary confinement and improve its conditions

Six things you can do to help make real reform a reality:
(1)  Come to a rally for criminal justice reform this Thursday, October 12, 11 a.m. on the grand staircase in the State House.
(2)  Call or email your state senator and ask them to vote for the criminal justice reform omnibus bill, S.2170, without any amendments that would weaken it.  You could add a request that they support amendments that would further improve the conditions of solitary confinement.
(3)  Call or email your state representative and ask them to make sure that Rep. Claire Cronin, the House Judiciary Committee co-chair, knows that they support a strong omnibus bill.  You could add that you hope the House bill will include some or all of the priorities listed above.  (You can look up your legislators at https://malegislature.gov/Search/FindMyLegislator .)
(4)  Send letters to the editor to your local paper explaining why you think these issues are important and supporting the Senate omnibus bill.
(5)  Write supportive comments (questions are fine too) on Sen. Will Brownsberger’s blog at https://willbrownsberger.com/senate-criminal-justice-reform-package/
(6)  Forward this email to your friends and tell them you’re excited by this opportunity to make a real difference in people’s lives.
Thank you!
Section Navigation