Home » About » Ministers and Staff 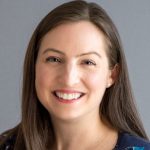 Reverend Claire Feingold Thoryn (she, her) has been serving Follen since September 2013.

Rev. Claire was raised Unitarian Universalist and grew up in the Washington, DC area. She studied religion at Swarthmore College and received a Masters of Divinity from Harvard in 2006. Before coming to Follen, she served First Parish in Lincoln, MA. She lives in Lexington with her husband and two daughters.

To reach our church office, contact admin@follen.org. Our temporary office administrator will get back to you. 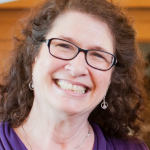 Beryl Aschenberg (she, her) is a UUA-credentialed Religious Educator who came to Follen in August 2018, having served the Unitarian Universalist faith for more than twenty-eight years.
Born in Canada and raised as a secular Jew, Beryl now identifies as a “Jewnitarian” having embraced the Unitarian Universalist faith as a young adult. Her focus in college was Early Childhood Education and Religious Studies. In 1990, Beryl was hired by The Unitarian Church of Lincoln, NE as their Director of Religious Growth and Learning (a position which her daughter now holds.) In ensuing years, she immersed herself in the field of UU faith formation, serving as professional staff in the Prairie Star District, as a Board Member of the Central Midwest Chapter of the Liberal Religious Educator Association (LREDA), and as a respected leader of UUA Renaissance Modules in the areas of Ministry with Youth, Worship for All Ages, and Teacher Development. Before coming to Follen, Beryl worked as the Director of Lifespan Religious Education at First Unitarian Society of Milwaukee, WI for seventeen years; it was there that she developed a highly regarded Anti-Racism curriculum, Black People Matter, which has been distributed to over fifty UU churches nationwide.
Beryl married her husband, Richard Dorbin, in 2018, and lives in Acton, MA. She is a doting Bubbie to three grandkids, whom she visits often in Nebraska. 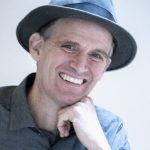 Chris Eastburn (he, him) is a classically trained composer, choral director, and intergenerational music inspirer. He has been commissioned to write original works for ballet companies, theatre companies, choruses, orchestras, universities and more. Inspired by the intersection of folk, contemporary, classical, and popular idioms, his music has won an international composers’ competition and been performed to acclaim from New York’s Carnegie Hall to the Getty Center in Los Angeles. Chris wrote the orchestrations for the evening length, touring show Piano Men–The Music of Billy Joel and Elton John which became the highest selling Pops show in Portland Symphony history and has played to sold out audiences with professional orchestras around the country since 2011.

As a choral director and educator he enjoys working with people of all ages. He is also the artistic director of the Family Folk Chorale for the past 23 years, has written over 600 choral arrangements, and collaborated on performances with Grammy award winner John Carter Cash, saxophonist Glenn DaCosta (of Bob Marley and the Wailers), Martin Sexton, Rani Arbo and many other recording artists. Chris considers himself a musical omnivore and loves conducting music ranging from Palestrina to the present. 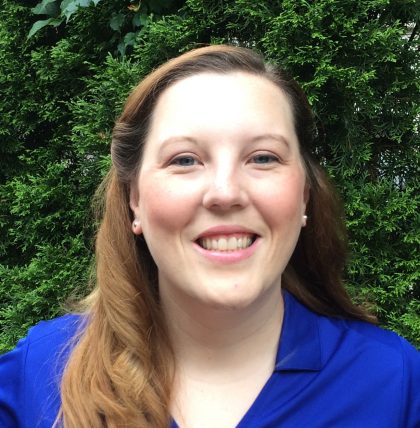 Meagan Cox (she, her) was raised Unitarian Universalist and grew up in Birmingham, Alabama. Her grandparents Nancy and Joseph Boyd were founding members of the Unitarian Universalist Church in Huntsville, Alabama in 1957. Before coming to Follen, Meagan worked in the non-profit and government sectors with The Mission Continues, Horizons for Homeless Children, Boston Centers for Youth & Families, Boys & Girls Clubs of Boston, and City Year. The common thread in all of her roles over the years has been support children, youth, families, and communities in reaching their full potential through creative programming and impactful services. She received her BA in Human Services from the University of Massachusetts Boston and MS in non-profit management from Northeastern University. If Meagan’s friends and family were asked to describe her they would say that she has a logistical mind and a creative spirit. You can find her as equally comfortable building spreadsheets to organize large-scale projects as she is making Halloween costumes for her niece and nephew or dancing in the grocery store. Meagan loves good BBQ and Krispy Kreme donuts, and has been known to drive 2 hours for both. If you were to check Meagan’s DVR you would find a combination of movies from the 80s and 90s and reality TV—it’s her guilty pleasure. Her greatest joy is her family, and she loves spending time in her backyard in Stoneham with her husband Sterling, daughter Tahlia, and two dogs Winnie and Ollie. 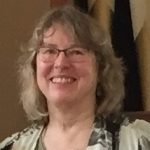 Shaylor Lindsay (she, her) is very excited to be expanding her role at Follen this year! While she has been the Adult Choir accompanist for over 15 years, and will continue in her role as pianist for the church, she will now be bringing her organizational experience as well. Outside of Follen, Shaylor teaches piano at her home studio in Lexington and at the Waring School in Beverly, where since 1981 she has also conducted a high school-age Madrigal group, coached chamber ensembles, taught music theory and appreciation, as well as helped organize school curriculum and performances. When she’s not teaching or making music at Follen, you may find Shaylor singing with the Concord Chorus, or participating with the Lexington Music Club. 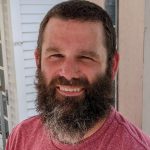 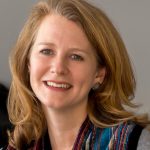 Laura VanderHart (she, her) grew up in the DC area, and she has lived in the Midwest, as well as the South. She and her family moved to Belmont in 2010, where she serves on the PTA board and is a Town Meeting Member. Laura has been a French teacher and has advised student publications. She is grateful to be at Follen, working with an excellent staff and a church membership that seeks social justice. She lives in Belmont with her spouse and two kids. 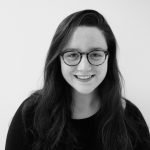 Phoebe Eckart is our new intern minister and a candidate for Unitarian Universalist ordination. She will be with us part-time through June 2024. She is currently in the final year of her Master of Divinity at Harvard Divinity School, where she runs the Harvard UU Ministry for Students and is writing a thesis on spiritual resources for UU youth. Originally from San Francisco, California, Phoebe got her BA in Botany & Mathematics from Connecticut College. She has worked in non-profit development and fundraising, youth community organizing, and libraries. Phoebe lives in Brighton with her partner and dog and loves mystery novels, New England’s fall, and pancakes.

The Reverend Lucinda Duncan (she, her) was Follen’s Senior Minister for eighteen happy years, 1993-2011.

She graduated from Lawrence University with a major in third-world political science, served as a Peace Corps volunteer with her husband Bob in Honduras, raised three sons, and served UU congregations in Concord, Jamaica Plain and Cambridge. She earned a Masters in Religious Education from Meadville Lombard and her Masters of Divinity from Harvard Divinity School. She now lives in Colorado near family.