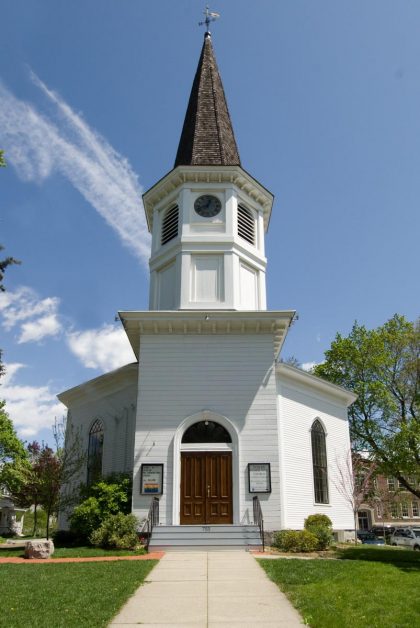 Follen has chosen Maryann Thompson Architects (MTA) as the architect for the upcoming capital campaign, pending completion of a contract.

During its 20-year history, the firm has compiled extensive experience working with complex architectural projects throughout New England. Their initial work will focus on developing a clear understanding of Follen’s needs and priorities through sessions with church leaders and a congregation-wide meeting Sunday, April 9 after the service. Download and fill in MTA’s Follen Wish List/Schematic Design Questionnaire.

All eight members who have met with Maryann—including Alice Dunn, Valerie Perkins, Stephen Ervin, Mark Metzger, Greg Shenstone, Chris Walters, Claire Feingold-Thoryn, and Brad Howe—have come away enthusiastic about the creativity and energy that Maryann and her staff bring to their projects as well as their commitment to engage in a lot of active listening with their clients. Claire in particular has spoken well of her work with Claire’s former church in Lincoln, which is currently in the midst of significant renovations designed by MTA. Maryann and her associate, Stephanie Morrison, will be meeting weekly with the Architectural Sub-Committee during the next three months as the first step in bringing our Big Dreams to reality.

Program Council has authorized a $1.5 to $2 million capital campaign, with universal access as the top priority. Brad Howe was unanimously elected by the Council to serve as General Chair of the campaign. Read the full Dream BIG Committee recommendations for a capital campaign.

In developing the recommendations, the committee drew on the 135 individual suggestions it received, the responses to a survey on 10 possible initiatives, and a feasibility study carried out by consultant Dan Hotchkiss. The recommendations were presented at Program Council’s Nov. 7 meeting and were approved at its Dec. 5 meeting.

Brad, a Follen member for 35 years, was a leader of Follen’s last two capital campaigns. In consultation with church leadership, he will assemble a Capital Campaign Committee to raise the funds and a Construction Oversight Committee to map out and manage the projects. Fund-raising is expected to begin in the spring, with public outreach in fall 2017. Detailed plans for construction projects will be developed in consultation with Program Council as the budget scale becomes clear.

What Is a Capital Campaign?

Every annual stewardship drive replenishes our capacity for another year of worship, music, fellowship, and action in the world.  From time to time, our collective commitment to the work of our church goes beyond the annual operating budget.

A capital campaign is a relatively rare undertaking to transform the capacity of the church.  Funds are given and received — separate from and in addition to the regular pledge drive — to enable major, durable changes.

This has happened twice in the past 30 years.  The time may have come again.  The Long-Term Plan adopted at the end of the 2014-15 church year found broad preliminary support for a capital campaign – depending, of course, on what it would achieve.


Follen’s last capital campaign was in the 2001-02 church year. It raised more than $550,000 to renovate the Community Center and transform the Marshman Center from rental housing to much-needed meeting and classroom space. It also retired the mortgage that was taken as part of the previous capital campaign. 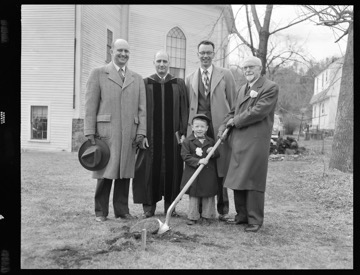